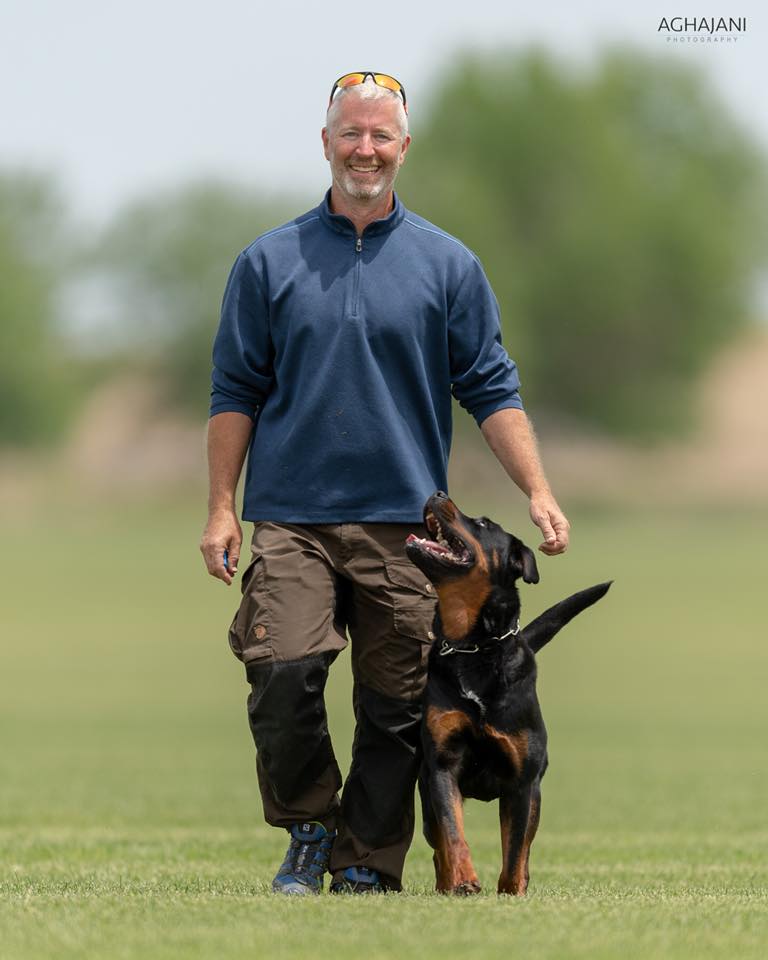 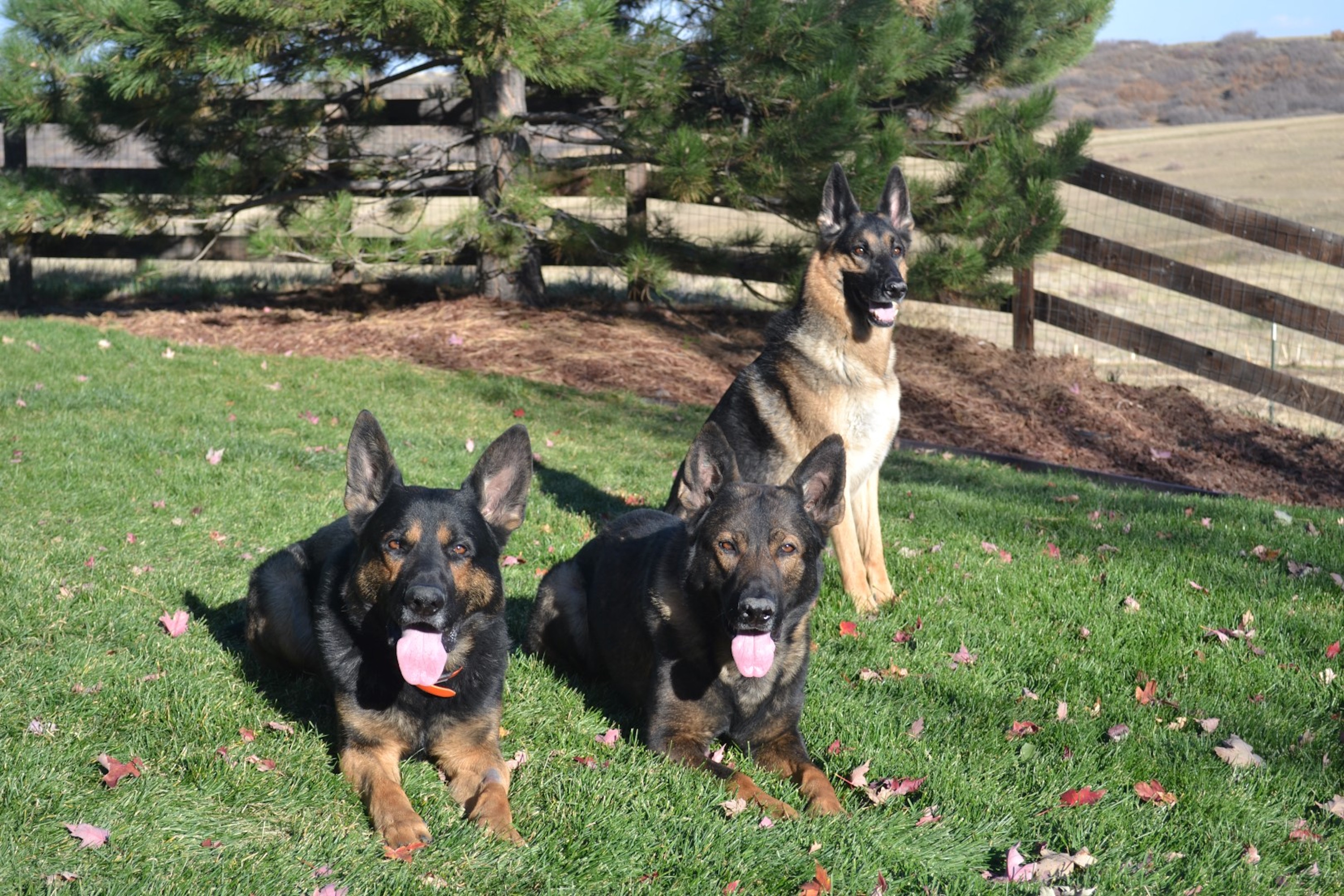 Scott has been involved in Schutzhund/IGP through United Schutzhund Clubs of America (UScA) for over a decade but has loved the German Shepherd since childhood. Scott’s experience in the sport started in Chicago with his first German Shepherd but after moving to Colorado, progressed rapidly with his German Shepherd, Hawk, who’s endless drive to work and please was second to none…Hawk got Scott hooked!

After retiring Hawk from the sport, Scott’s current German Shepherd, Vader, is in the process of titling for his IGP 1-3.  Scott’s ambition is to compete with his dogs at the highest level nationally.

In 2015, Scott and Ken saw an opportunity in Colorado and decided to start Rocky Mountain Working Dogs (RMWD) with the intent on becoming the premier Schutzhund/IGP club in the area. Scott currently serves as the RMWD club president and under the teachings of Ken, has become a certified club-level decoy/helper for RMWD and works tirelessly to help bring the most out of the club handlers/dogs teams. Being a club helper has allowed Scott to gain a different perspective on training dogs and helped him hone his own training while also helping the other club members train/title their dogs.

When Scott isn’t training dogs he’s usually out spending time hiking, skiing, camping, biking or anything else to get him outdoors! 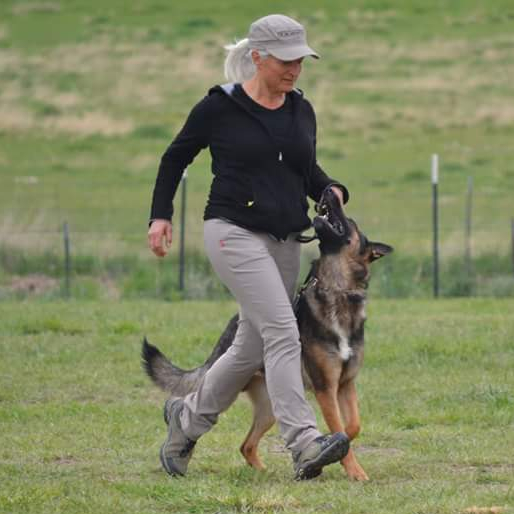 Morgan is training her first dog in Schutzhund and was thrilled to earn an IPO1 with Dexter in 2017. Her other German Shepherd, Lena, is a retired cadaver dog who Morgan trained and handled in missions with law enforcement. Morgan lives in Erie with her wife, the dogs and two cats. She works as a software engineer, is thinking about IPO mobile apps and loves to spend time outdoors with the dogs. 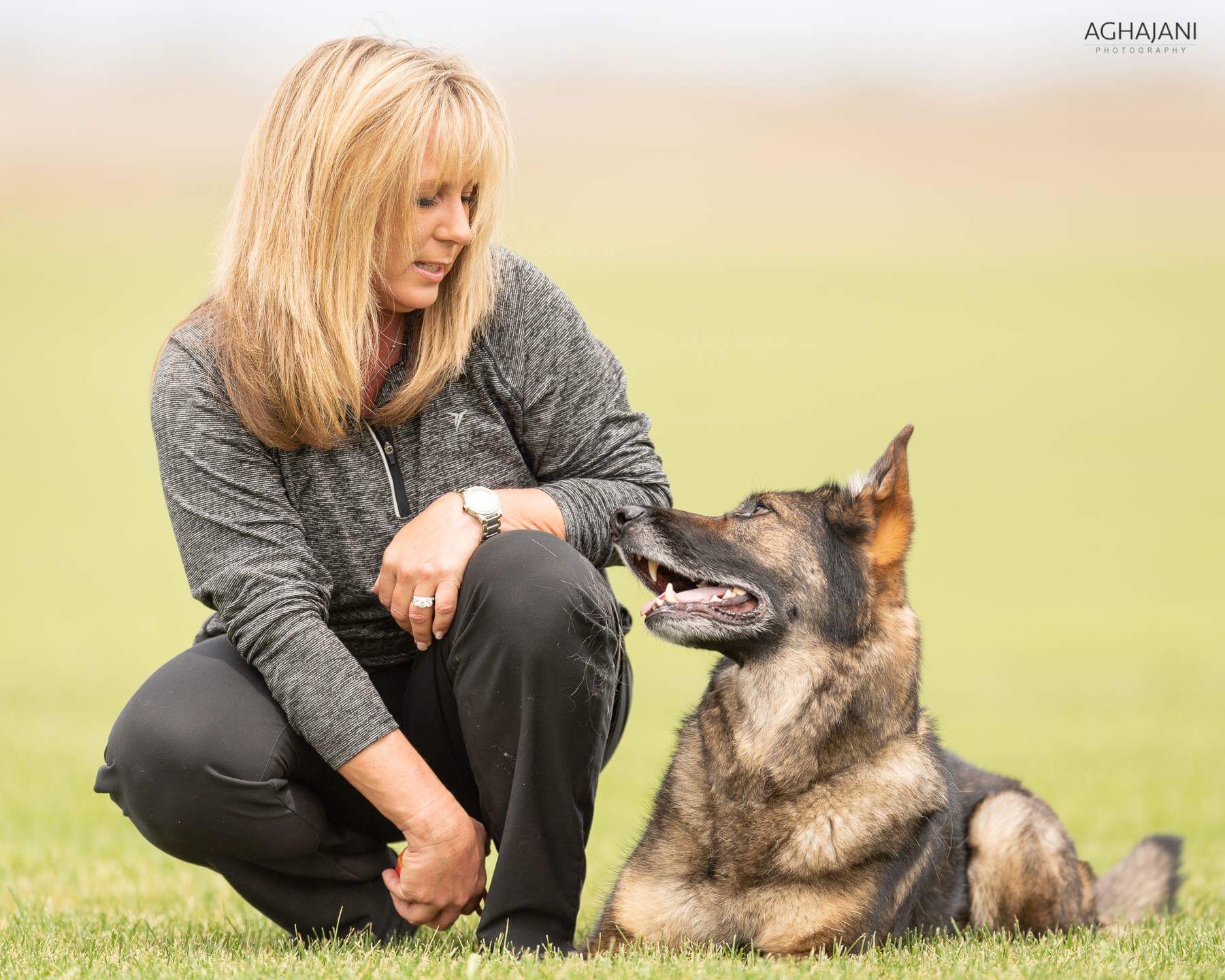 Jennifer Witcher is the treasurer for Rocky Mountain Working Dogs. She is relatively new to the sport of Schutzhund. She has always been a dog lover and became very interested in the sport after attending a seminar on Canine Theory hosted by Dave Kroyer.  Jennifer is one of the founding members of R.M.W.D.

Jennifer and her husband Pat currently have four GSD’s. A six year old female named Sakita that has her BH, a five year old male named Kai that has his BH and two new puppies under a year old, Axel and Nya.

Barb started looking into Schutzhund after purchasing her first Rottweiler. After watching a competition, she was hooked. Having achieved the AKC/CD title and Temperament (TD) certificate, she joined a USRC club that was starting up. That was the beginning of her continued involvement with the sport.  The club provided a great venue to work her dogs, meet people and continue learning.  Due to several relocations, they finally wound up in Colorado.  Over the years, she has trained and competed with several Rottweilers in club trials, USA Regionals, USA Nationals, and USRC Nationals.  Her knowledge and experience came from working with great trainers and training helpers as wells as attending a variety seminars and, of course working with not only Rottweilers, but also other breeds.

This year Barbara and Herrick are working towards IGP1. 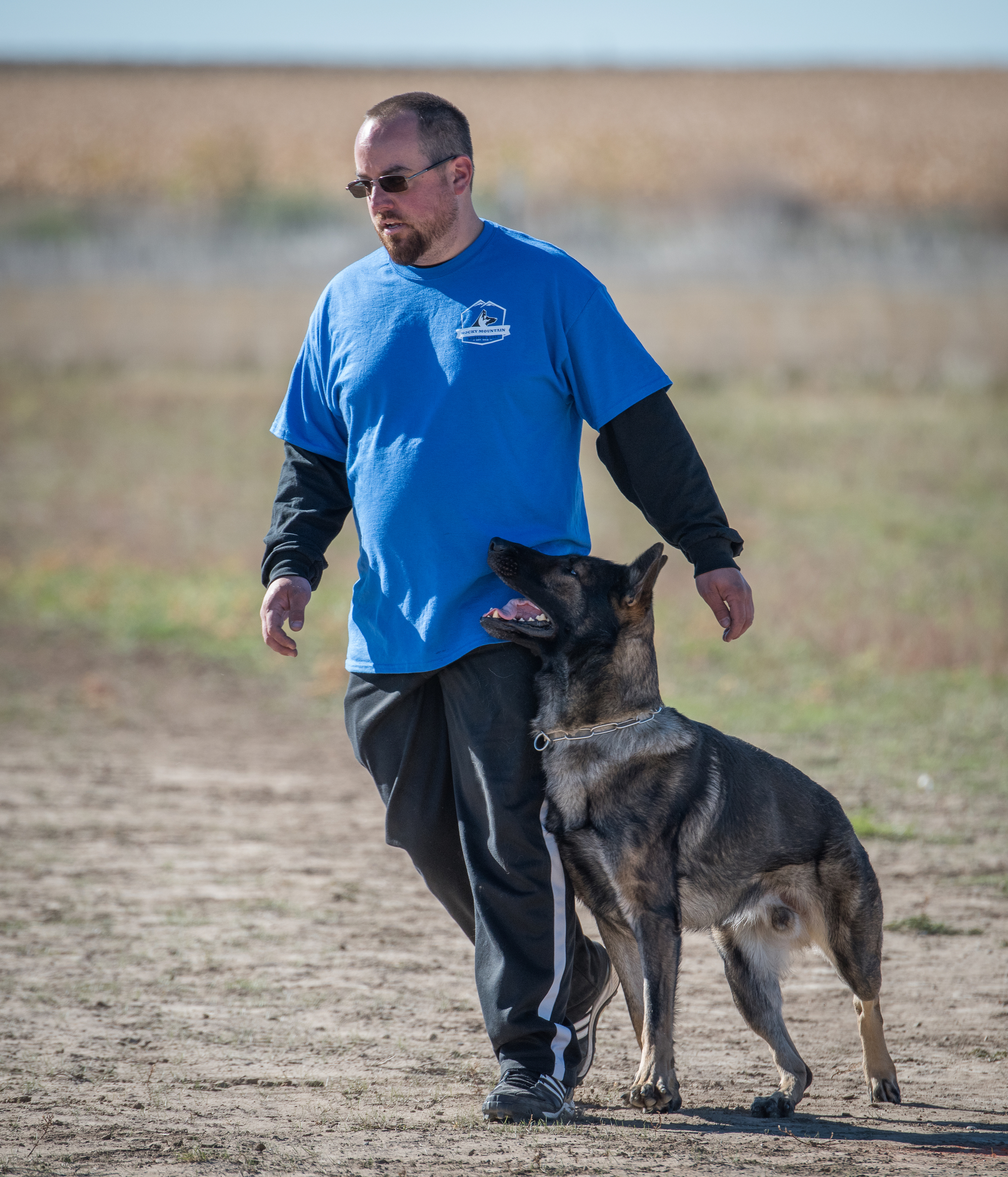 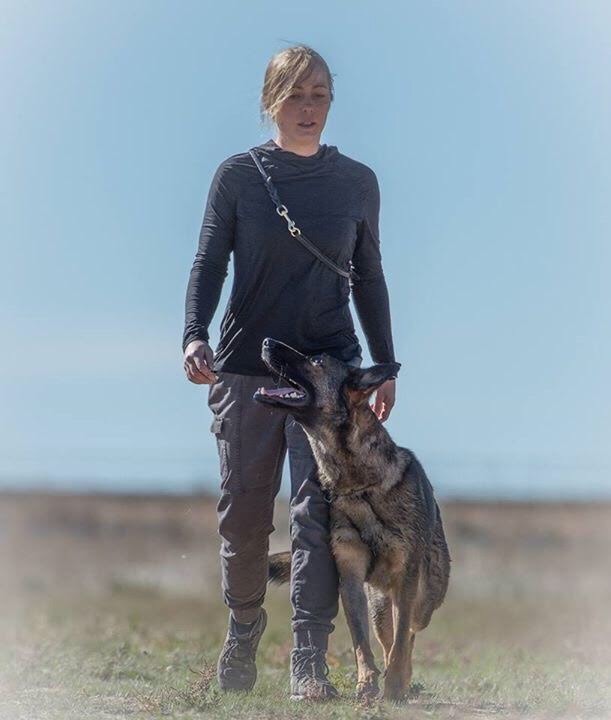 Holly is training her first working dog, Bruin, earning a BH and IPO1 in 2017. She is applying her continuing experience and knowledge in the sport to her career as a dog trainer at Come Sit Stay Pet Resorts in Littleton, CO. Holly lives in Bailey, CO with her husband, 4 dogs, 2 cats, goats and chickens. 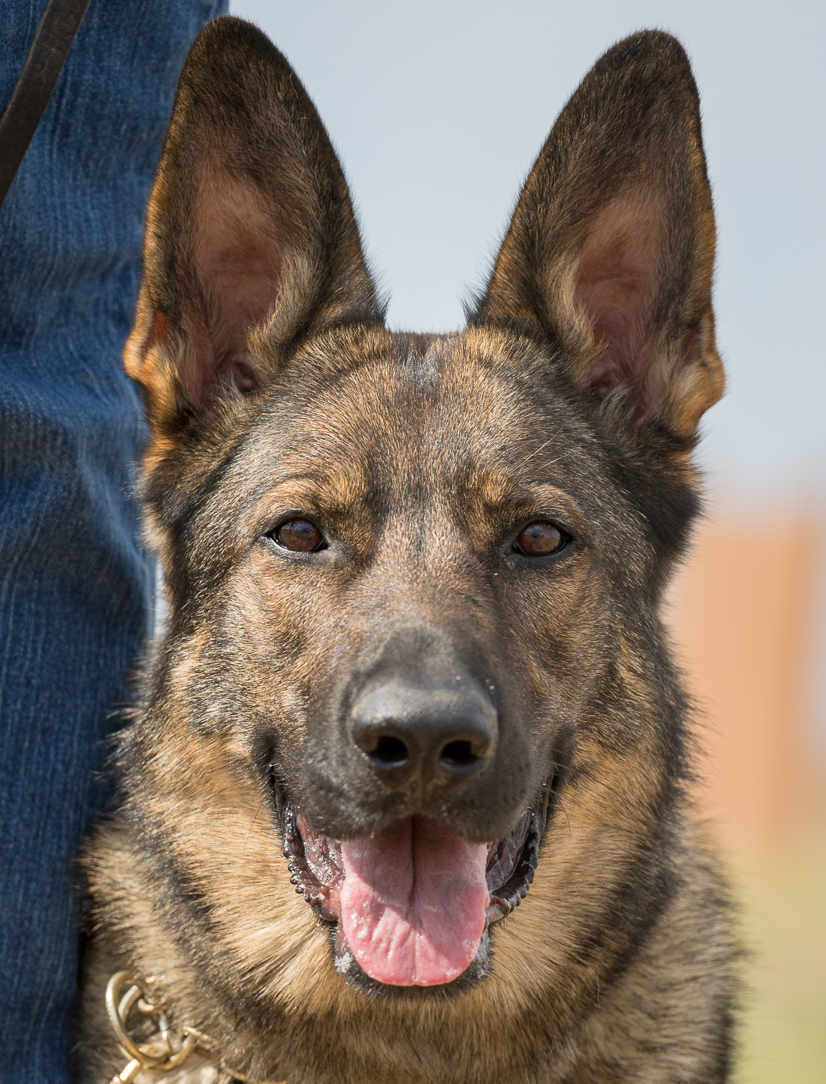 Lori got involved in schutzhund after she got her first German Shepherd, a female puppy named Bailey in the 1990’s. She started training in both Schutzhund and AKC Obedience and went on to title to SchH III and AKC Utility.  She has had several dogs since then and have learned a lot from each.  She is currently working with Gymma, a 2 1/2 year old GSD.  She earned her SchH I in June 2019 and they are currently working towards their SchH II.   Along with Gymma, she has two retired male German Shepherds, Taz (8) and Yanox (12).

Mimi de Lemos was born in Chungking and grew up in Berlin,Vienna, Cairo and New York. She is a violinist and a teacher at Master’s Juilliard School. 1st violin section Colorado Symphony.
Mimi has been in In dog sport 20 years and has trained and competed at SV in Germany, 4x SCH III

Jurgen de Lemos was born in Leipzig, Germany. He is a cellist and conductor. He has been the winner of international competitions. Jurgen is a member of NY Philharmonic under L. Bernstein, principal cellist Colorado Symphony. He is a Professor at  CU Boulder and DU.
He has been in dog sport 24 years and has trained and competed at SV in Germany. 8x SCH III 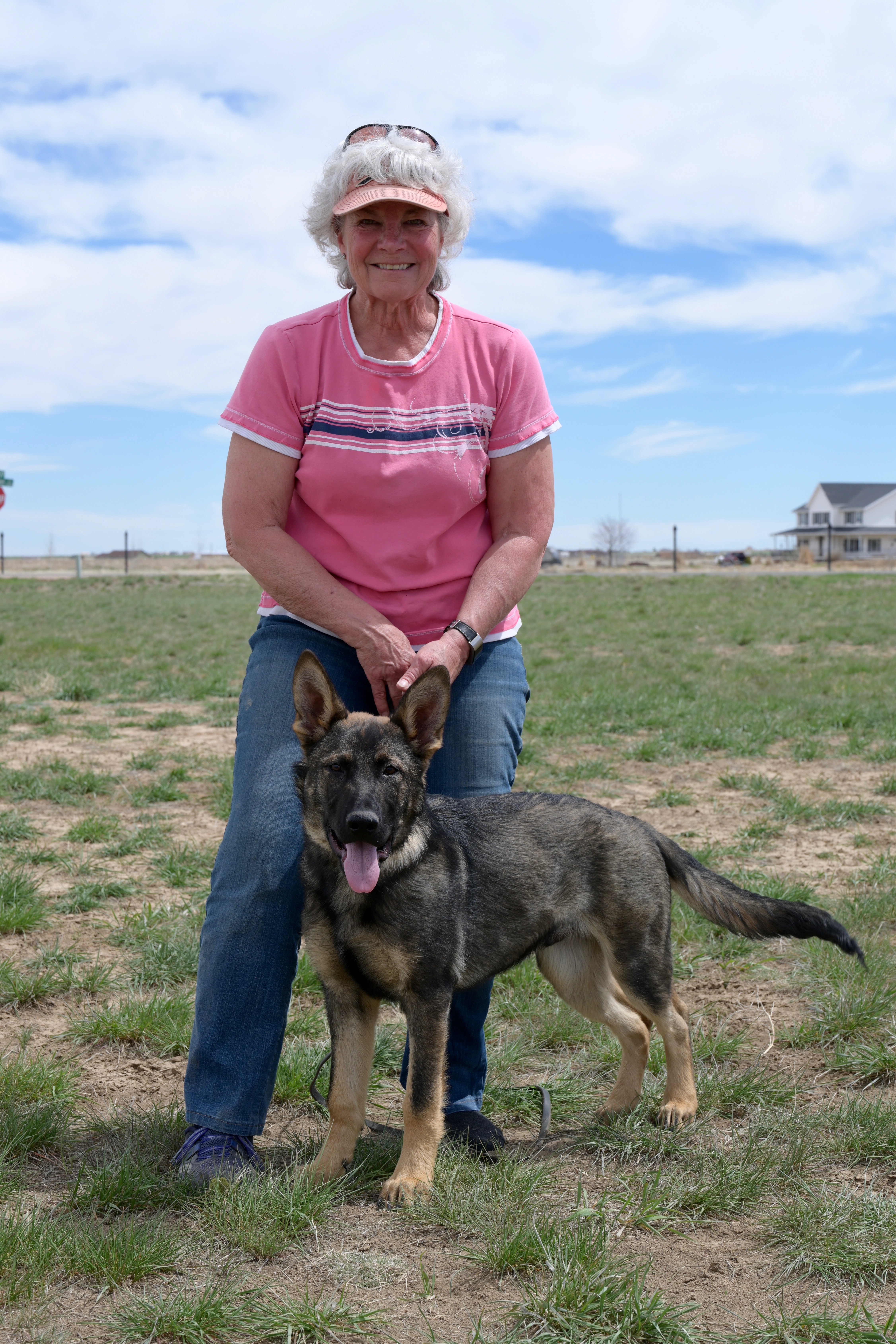 Robin has been passionate about German Shepherds since early childhood, so she purchased one as soon as she left home at 19. Ten years later she was introduced to the sport of Schutzhund/IGP and it has been her center of gravity ever since. Living in Southwest Colorado for many years made it necessary to travel in order to work her dogs which, with raising a family and working, proved to be challenging on the titling front. This led her to learning a good deal of knowledge and experience from a number of excellent trainers and decoys. She still managed to title one dog to a Sch III, IPO III, one to a Sch II, compete at DVG Nationals with both and put BHs on several others. Two of her dogs were ready for titling but due to injuries, had to be retired. She recently moved to the Denver area and joined Rocky Mountain Working Dog Club. After many years of working with many people, finding a club with excellent trainers and club members finally gives her the opportunity and continuity to title her dogs.

Robin is retired and spends her spare time with her husband, two children and their spouses, two grandsons and all of the family’s dogs doing too many things to list here! 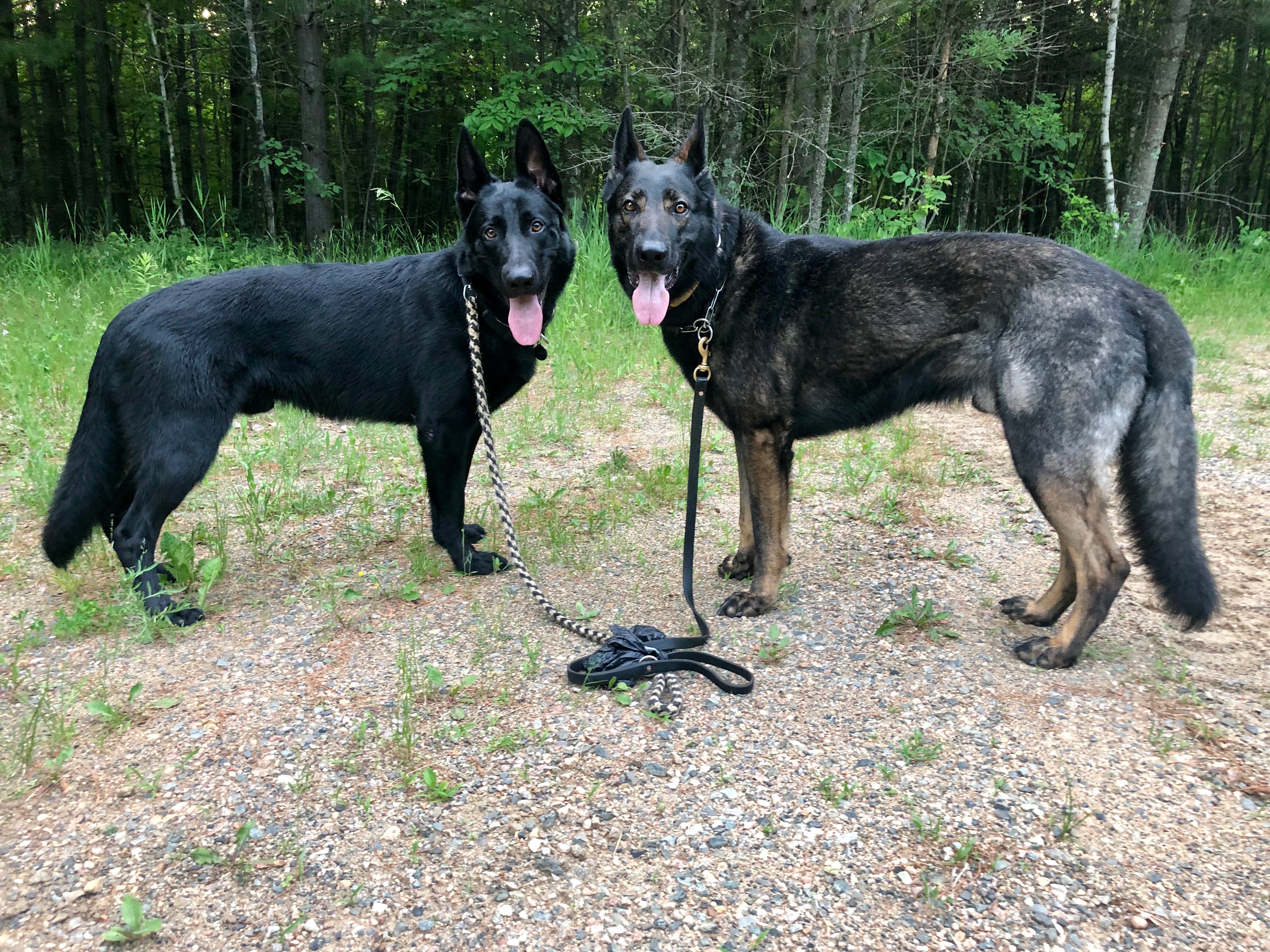 Heidi is new to the sport of Schutzhund. As a child she always knew she wanted to work with dogs, always having a strong connection to them; but, she knew the traditional veterinary path was not for her. Heidi became interested in the sport of Schutzhund after attending local club trials and a seminar by Petr Solc and Petr Spurny from the Czech Republic. She purchased her first working line shepherd, Arny, in 2015. With Arny’s excitement for the sport and complete desire to always please, he helped “teach” Heidi how to handle her first working dog. As a team they achieved the BH before Arny was retired due to an injury. With amazing mentors and helpers, Heidi is now working with her second German Shepherd, Audo. With the amazing team at RMWD, they hope to achieve the BH and IGPI in 2020.

Heidi lives in Thornton with her husband, Chris, son Josh, and her two German Shepherds. When she is not training her dogs she works as the Director of Communications and Legislative Affairs for the Division of Youth Services in Denver and loves to camp, go boating, and spend time anywhere outdoors.